IT'S GREAT TO BE BACK.

We are beyond excited to welcome you back to The Street to enjoy your favorites in person. Many of our retailers and restaurants have reopened their doors but may have modified hours. Please check in with individual businesses directly for hours and offerings.

x
Return to your favorites 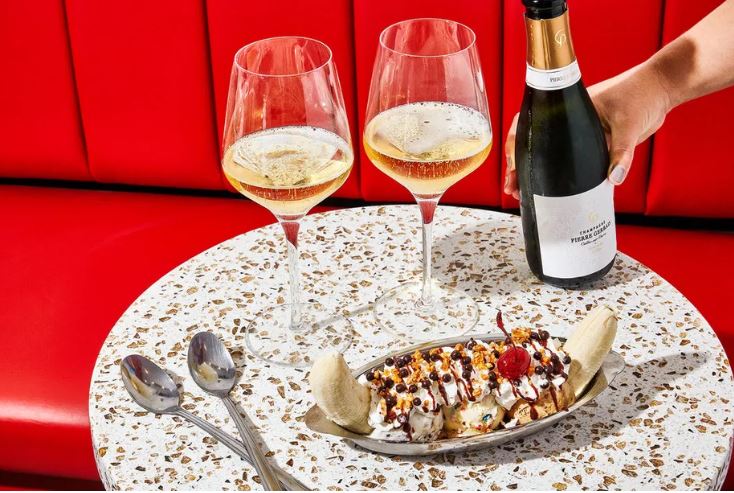 A Chestnut Hill ice cream shop imported from New York will get boozy this week. OddFellows Ice Cream Co. (55 Boylston St.) introduces a drinks menu to complement its lineup of unconventional ice cream flavors on Friday, October 11, and will begin serving beer and wine floats, slushies, and frappes, along with local craft beers and natural wines.

OddFellows opened at the Street Chestnut Hill in early August with only its ice cream menu, but the reputation of its New York counterparts preceded it, drawing in crowds to sample its inventive flavors. The shop’s founders — Mohan and Holiday Kumar, along with James Beard nominee Sam Mason (previously of Wylie Dufresne’s WD~50) — have produced more than 400 flavors of ice cream, sorbet, and dairy-free desserts in their time running locations of OddFellows in New York, and they’ve brought a sampling of those flavors to the Boston area. In addition to classics like milk and cookies, OddFellows produces less common flavors like Thai iced tea, cornbread, toasted sesame Nutella, and raspberry pink peppercorn sorbet. 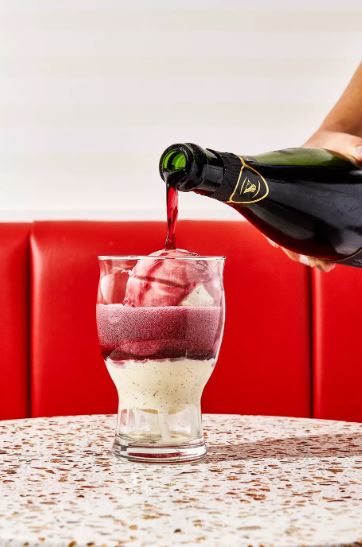 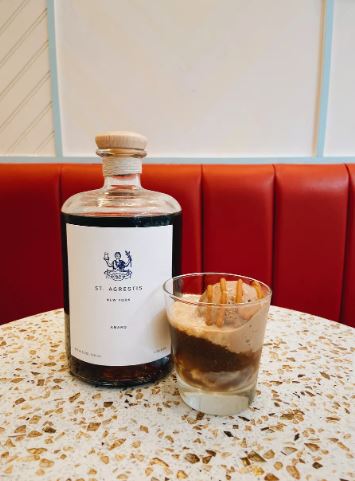 Now, OddFellows will add its so-called “happy hour” menu to the lineup in Chestnut Hill, with offerings ranging from an espresso martini slushie (Bailey’s, coffee, vodka, cream) to a limoncello affogato (olive oil and strawberry jam ice cream with limoncello and candied lemon). There will also be a play on a wine spritzer called a piquette float, made with Old Westminster piquette and a choice of sorbet.

Customers can also choose to have a drink on the side of some scoops instead of the two together: OddFellows will source beers from the likes of local breweries Lord Hobo, Night Shift, and Mighty Squirrel, as well as selections of red, white, rose, and sparkling wine.

“We take the same approach with our ice cream as we do with our beverage menu: They need to be made with integrity, sometimes surprising, and always delicious,” founder Mohan Kumar said in a press release. “Our grown-up desserts pair small-batch liqueurs from New York and New England with a few of our signature scoops, for the perfect nightcap.”