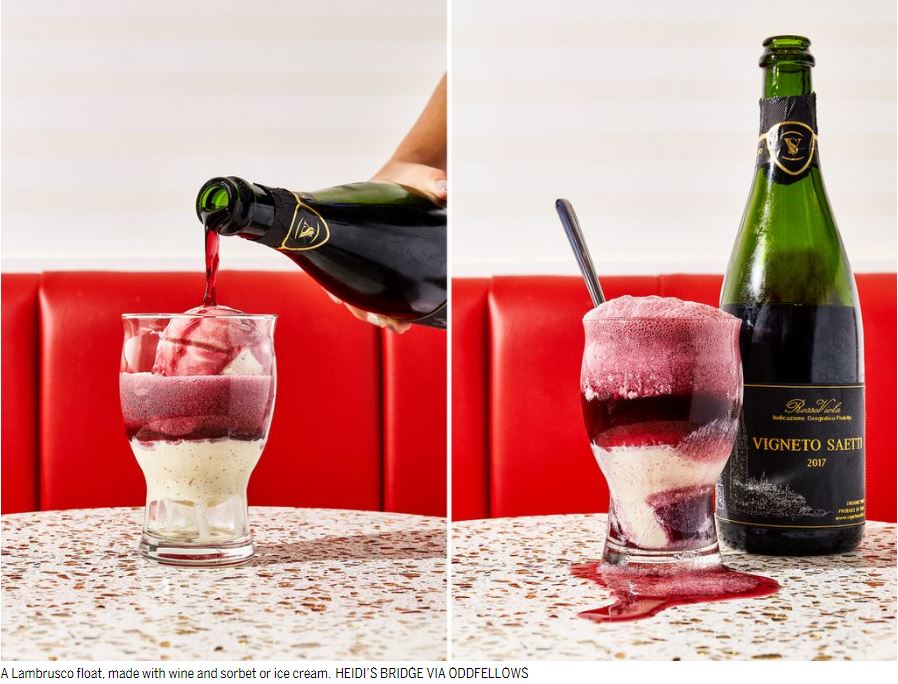 BOOZY MILKSHAKES, FLOATS, AND SPRITZERS ARE NOW OFFERED AT ODDFELLOWS IN CHESTNUT HILL

A popular ice cream shop in Chestnut Hill is about to get a bit more fun — for adults, anyway.

The menu includes an “espresso martini” slushie (with Bailey’s, coffee, vodka, and cream) for $10; an “irish coffee” frappe (Baileys, whiskey, and coffee crunch ice cream) for $15; and a s’mores float (with Velvet Moon stout beer and dark chocolate chunk and burnt marshmallow ice creams) for $12. There will also be affogato, an Italian-style coffee and ice cream dessert, and wine-and-sorbet spritzers. 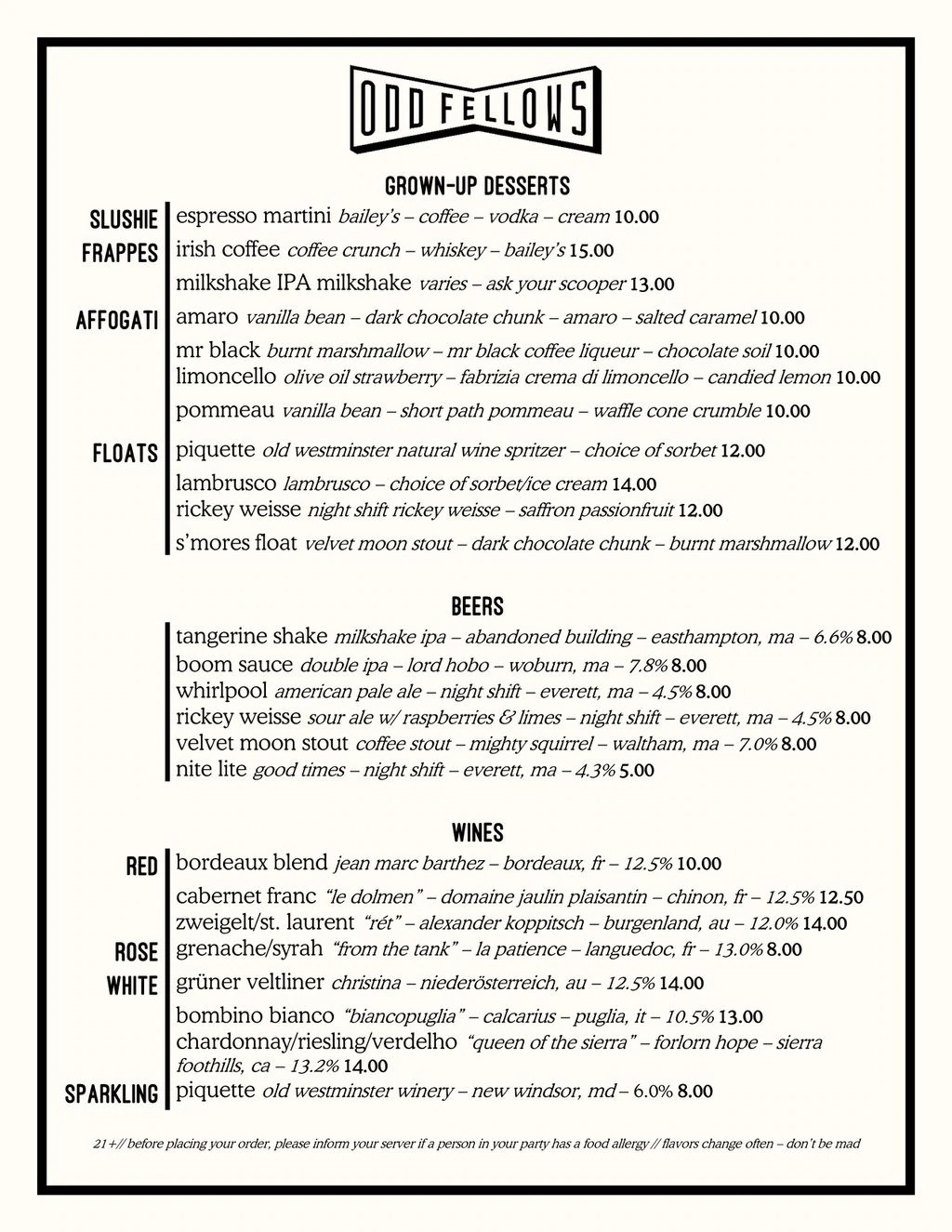 The belated timing of the boozy ice cream offerings is twofold, Mullins said: First, OddFellows didn’t have a liquor license when it opened this summer, and second, it helps the ice cream store stay competitive as the cold winter months kick in.

“It’s something to offer as we come out of our high season — even though we know New Englanders love ice cream year round,” he said.

This is the first all-liquor license OddFellows has received, Mullins said (one of their New York stores is limited to just beer and wine), so the company had some fun adding stronger booze to existing drinks and creating new ones.

“We had always talked about doing an Irish coffee milkshake along with Irish whiskey and Baileys, but we’ve never been able to do it before,” he said. “We are also really big fans of liqueur.” 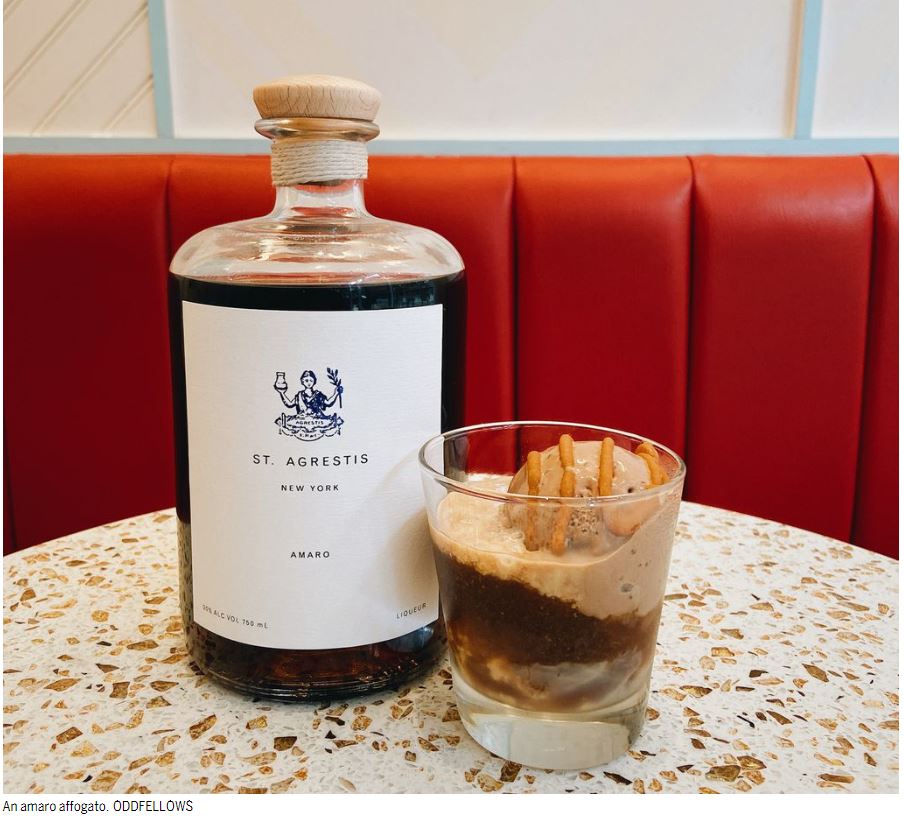 Although OddFellows isn’t aiming to be a full-service bar, it will offer some alcoholic beverages on their own, mainly as a complement to the ice cream it serves.

“We wanted to compose dishes, but we also wanted to offer things that are interesting by themselves,” Mullins said. “Parents aren’t always in the mood for ice cream like kids are, so we thought it would be good to offer a good glass of beer or wine while your kids eat ice cream. They pair really well with ice cream, but you can also have a glass by itself.” 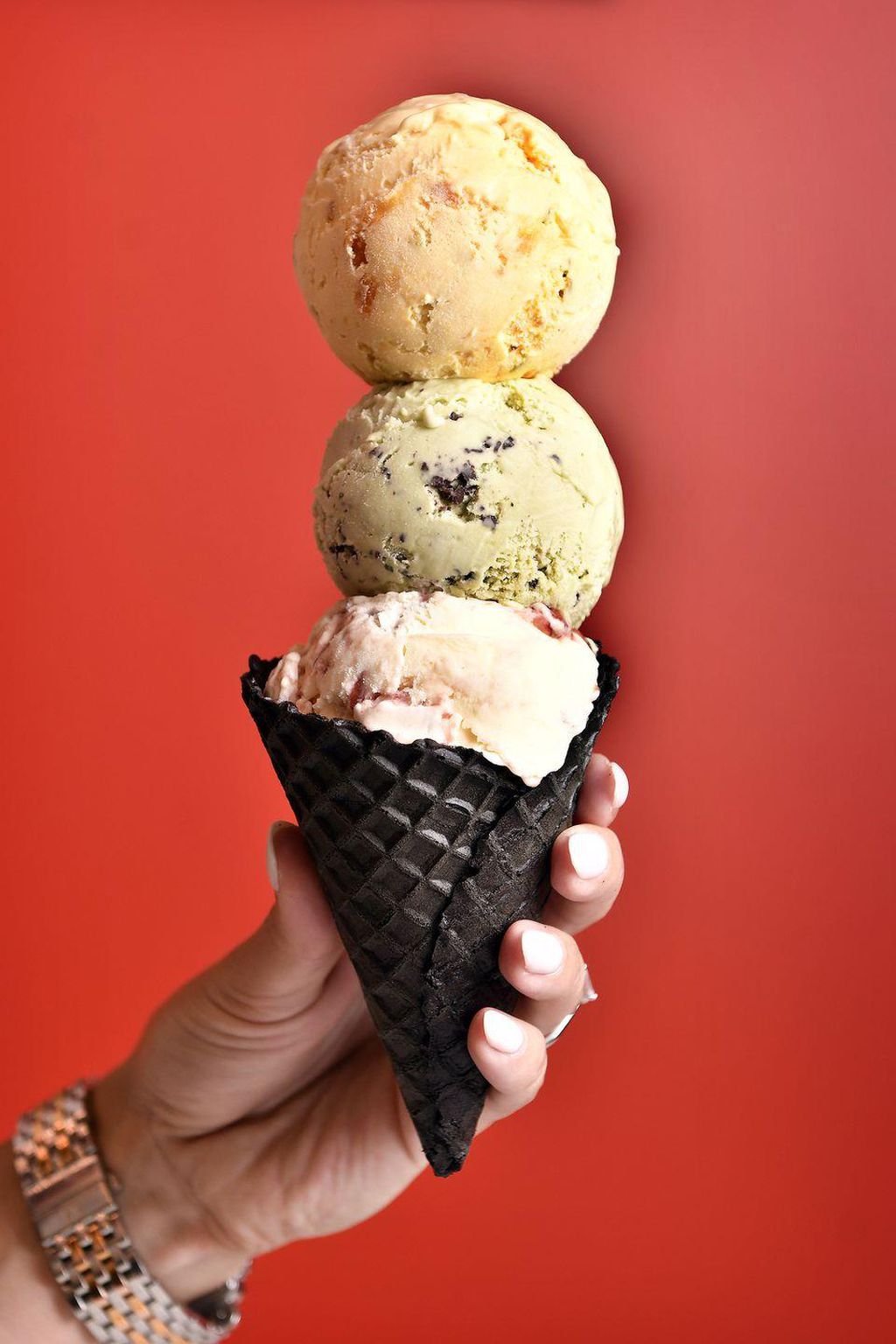 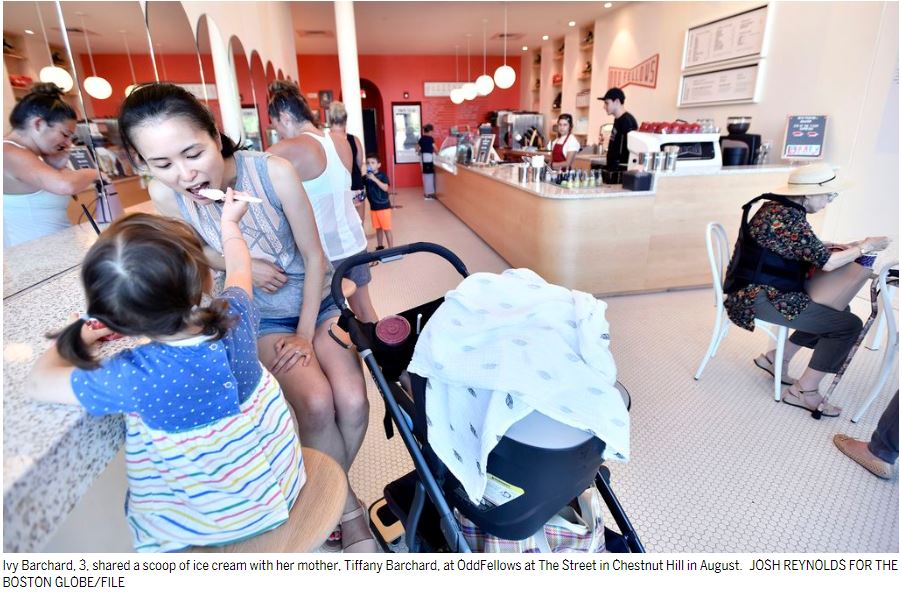