Please note that many of our retailers have moved to modified hours, so please check in with your favorites for more information. 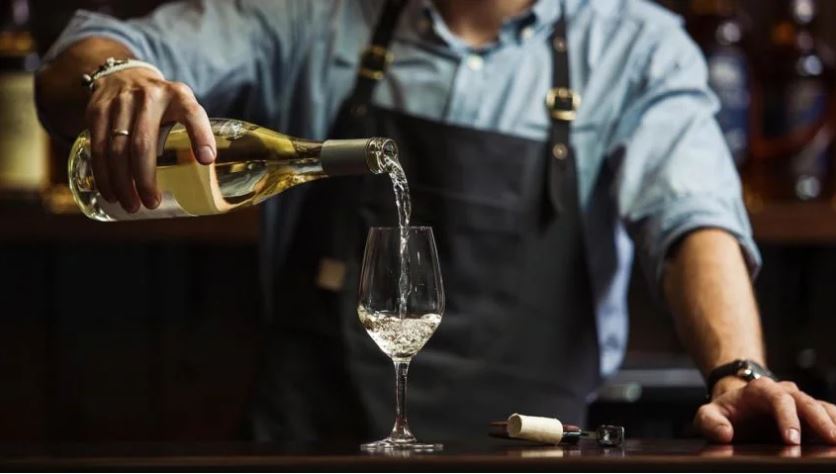 IT’S GOING TO BE A GREAT YEAR: THE 13 MOST ANTICIPATED RESTAURANT OPENINGS OF 2020

The anticipated newcomers represent cuisines from around the world.

The latest crop of restaurants to set their sights on a 2020 opening represent cuisines from around the world, from a New Orleans-inspired eatery downtown and a classic French restaurant in the Back Bay to a South End Mexican restaurant that promises to boost Boston’s taco game. And 2020 is poised to be the year of food halls, bringing some of Boston’s most talented chefs and bartenders all under the same roof.

Here are some of the most anticipated restaurants set to open soon. Happy New Year, indeed.

Bianca
Nancy and Tim Cushman are developing a bonafide empire with their restaurant collection featuring O Ya, Hojoko, Gogo Ya, and Ms. Clucks Deluxe Chicken & Dumplings, plus a few more concepts in New York City. Next on the docket: Bianca, a neighborhood restaurant at Chestnut Hill’s The Street. While most of the menu details still haven’t been released, cooking with wood will be a focus, and the vibe will take a something-for-everyone approach — a place where parents can bring their kids, couples can go on dates, and local residents can dine solo. (47 Boylston St., Chestnut Hill)
Projected opening: Winter 2020

Brookline Booksmith‘s restaurant
There are no details on a name, menu, or opening date, but it’s safe to say that Brookline Booksmith fans are all excitedly waiting for the arrival of the bookstore’s new restaurant and bar, which is set to open in the fall of 2020. The Coolidge Corner shop will expand this summer into the space occupied by a Verizon store, spending three months setting up both a retail space and cafe that has its own full liquor license. How excited are residents for this new addition? When Brookline’s Board of Selectmen approved the liquor license, “the room basically applauded,” according to co-owner and manager Peter Win. (283 Harvard St., Brookline)
Projected opening: Fall 2020

Cósmica
Boston will never have enough excellent tacos, which is why we’re excited for the opening of Cósmica, a playful restaurant and bar located in the South End’s Revolution Hotel. At the kitchen’s helm is Colton Coburn-Wood, who made a name for himself at Yellow Door Taqueria before going on to Beat Brew Hall, which shares ownership with The Beehive and Cósmica. Once it opens, guests will be able to dine on esquites, tuna ceviche, crab tostadas, and a slew of taco options, including a secret taco that can be ordered with a password found on Cósmica’s Instagram. Margaritas, of course, will be a presence on the drink menu, as will fun beverages like boozy slushies and a paloma on tap. (40 Berkeley St., Boston)
Projected opening: January 2020

Lucie Drink + Dine
The Colonnade Hotel’s much-loved Brasserie Jo closed at the end of 2018, with its upcoming occupant, Lucie Drink + Dine, promising to be an equally accessible neighborhood spot. Serving breakfast, lunch, dinner, dessert, and a late-night menu, Lucie will offer steak frites, pizzas, a double-stacked burger, and a make-your-own-sundae menu with soft serve and a bevy of toppings. At the bar, cocktails will be divided into three parts: twists on classics, signature house cocktails, and a “your call” section, which will all join a beer and wine lineup focusing on local products. (120 Huntington Ave., Boston)
Projected opening: Winter 2020

French Quarter
New Orleans is coming to Downtown Crossing in the form of French Quarter, a NOLA-inspired restaurant that has taken over the old Salvatore’s and transformed it into a hangout worthy of Bourbon Street. Louisiana classics, including étouffée, gumbo, and jambalaya will grace the food menu, while Sazeracs, Hurricanes, and French 75s — all cocktails with bayou roots — will be offered at the expansive marble bar. (545 Washington St., Boston)
Projected opening: Winter/spring 2020

Grand Tour
News of Grand Tour surfaced almost a year ago, but its opening is now on the near horizon. The highly anticipated French restaurant is from chef Michael Sherpa, who also owns Select Oyster Bar, a bonafide Back Bay seafood destination. Grand Tour will open right around the corner, focusing on familiar French cuisine with a modern spin and a small wine program. “I don’t want to do French onion soup or escargot,” Serpa previously told Boston.com. “I kind of want to make it a little fresher, more modern.” (314 Newbury St., Boston)
Projected opening: January 2020

High Street Place
Details about the 20 food and drink vendors scheduled to open at High Street Place have been slowly trickling out, but the lineup is stellar so far. Guests will be able to choose from a raw bar, ramen shop, brewery, coffee shop, gelato store, Middle Eastern restaurant, burger joint, and more, with an expansive seating area that will open into a patio when the weather warms up. (100 High St., Boston)
Projected opening: Spring 2020

Servia
Modern Eastern Mediterranean cuisine will soon make its mark in the heart of the Financial District when Ozcan Ozan, who ran Sultan’s Kitchen for 36 years before it closed in early 2018, opens his next project, Servia, in the Cunard Building on State Street. Executive chef Claudio Cavalleri will be heading up the kitchen, serving lunch, dinner, and a meze menu at the bar alongside a cocktail, beer, and wine list. (126 State St., Boston)
Projected opening: Winter 2020

Tambo 22
Peruvian cuisine is steadily gaining steam in the Greater Boston area, and Tambo 22 will only solidify its popularity. Chef Jose Duarte, who opened the Peruvian-influenced Italian restaurant Taranta in the North End, is behind the new Chelsea restaurant, a 20-seat space that will serve ceviche, marinated beef anticuchos, lomo saltado, and more, all driven by a sustainable outlook. South American wines will dominate the wine list, with local and Peruvian beers rounding out the drink menu. (22 Adams St., Chelsea)
Projected opening: Winter 2020

The Dial + Blue Owl
When 907 Main, a new boutique hotel in Cambridge’s Central Square, debuts next year, it’ll introduce a restaurant and bar to the buzzy neighborhood as well. At The Dial, globally inspired food will be offered within the restaurant’s mid-century modern setting, which includes a communal dining room along with a patio and private dining. For cocktails and street food snacks, guests can head to the rooftop bar and terrace, dubbed the Blue Owl. (907 Main St., Cambridge)
Projected opening: Spring 2020

The Shed
As part of the new Cambridge Crossing development being built in East Cambridge, The Shed is set to offer retail and dining experiences from some big local names. On deck: Will Gilson’s three-part concept featuring an all-day café with baked goods, breakfast sandwiches, and grab-and-go items; a 60-seat full-service restaurant; and a cocktail bar with a rooftop terrace overlooking the nearby park. Joining The Shed is Luminati Spirits x Lamplighter, a micro distillery, brewery, and taproom from Lamplighter Brewing that expands upon the brewery’s already-popular beer lineup. With both of these powerhouses in the mix, Cambridge Crossing is poised to become a boon for food, beer, and spirit fans. (110 N. First St., Boston)
Projected opening: Summer 2020