Due to the latest government legislation, many of our retailers have temporarily closed or moved to modified hours. Click below to see who is currently operating or check in with your favorites for more information on how you can continue to support them.

Be well, neighbors,
The Street 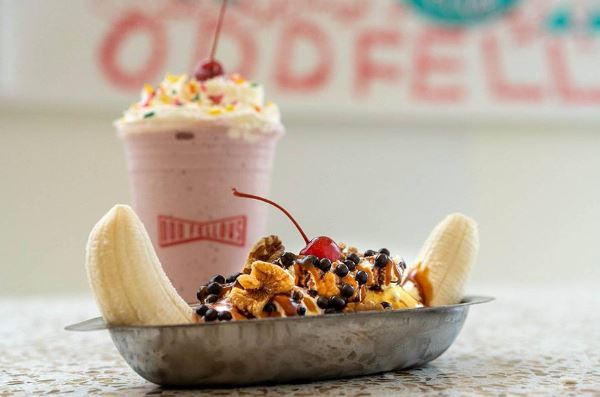 The first shop beyond New York City for the buzzy (and boozy) company features exclusive flavors by Boston chefs.

When you grab a stool at the gold-speckled counter inside Chestnut Hill’s new OddFellows Ice Cream parlor and order up a banana split, the nostalgic vibe may take you back to simpler times. But one taste of the cool ice cream flavors—like lemon meringue, vegan oatmeal cookie, and even an exclusive creation by Boston chef Karen Akunowicz—will bring you right back to the present. OddFellows is exporting its Brooklyn style and culinary cred out of New York City and opening at the Street on August 9.

“We are thrilled to expand to Boston and Chestnut Hill for so many reasons,” OddFellows cofounder Mohan Kumar said in a press release. “Boston is a great ice cream city that appreciates quality, so we knew it would be the perfect location for our first shop outside of New York City.”

OddFellows, which has four locations in Brooklyn and Manhattan, is the 2013 co-creation of Kumar, his then-pregnant wife, Holiday, who inspired the sometimes-wild flavor combinations; and James Beard Award-nominated chef Sam Mason, a former pastry chef at the Wylie Dufresne’s legendary wd~50. Alongside standards like vanilla bean, strawberry jam, and dark chocolate chunk, the menu is full of inventive combinations that play on sweet and savory, like burnt marshmallow, and saffron passionfruit.

“Boston is such a great ice cream city and we look forward to the exciting opportunities,” Kumar says.

Among those new opportunities: OddFellows is now wholesaling its ice cream to locations around the Encore Boston Harbor hotel and casino, and there’s more to come. “As we expand our brand in Boston, we hope to also sell our pints in grocery stores,” Kumar adds.

The parlor offers milkshakes, sundaes, and decked-out banana splits. Chestnut Hill will also be OddFellows’ second location to get a beer and wine license, though booze won’t be available until the fall. When that time comes, the menu will grow with a selection of natural wines, local beers, and boozy ice cream options like beer and wine floats. Beginning this weekend, OddFellows at the Street will have a full espresso program with Equator Coffee, matcha (and “matchagatos,” or tea-soaked ice cream), and Stumptown Cold Brew on tap. Check out the full, opening menu below.

OddFellows is located underneath Legal Sea Foods (and its cool second-floor deck), joining an increasingly exciting lineup of casual dining options at the Street, including Chilacates, Tender Greens, Shake Shack, Chef Ronsky’s Trattoria, and more—and soon, something new from Tim and Nancy Cushman of O Ya and Hojoko.

Beginning Friday, Aug. 9, the Street’s new ice cream parlor will be open Sunday-Thursday from noon-11 p.m., and weekends from noon until midnight. 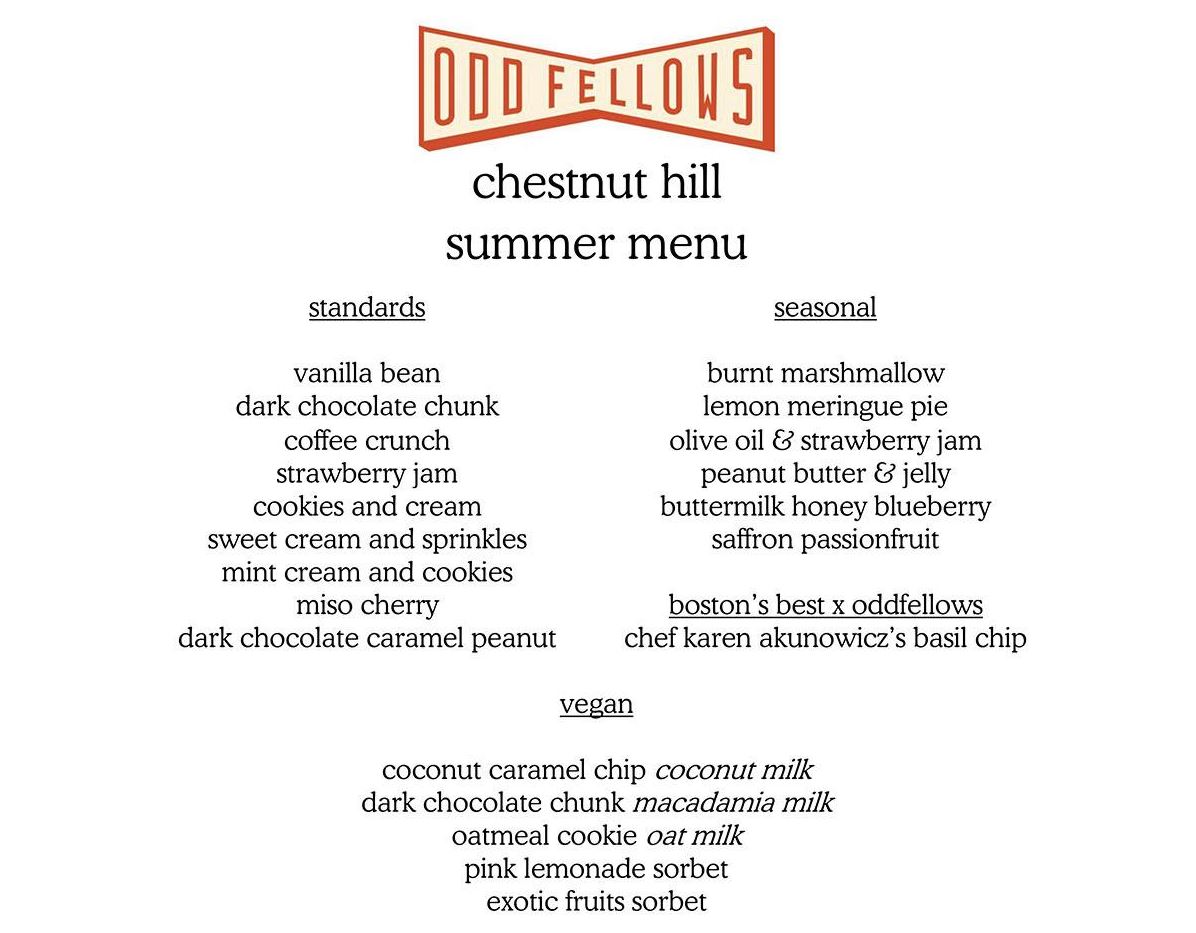